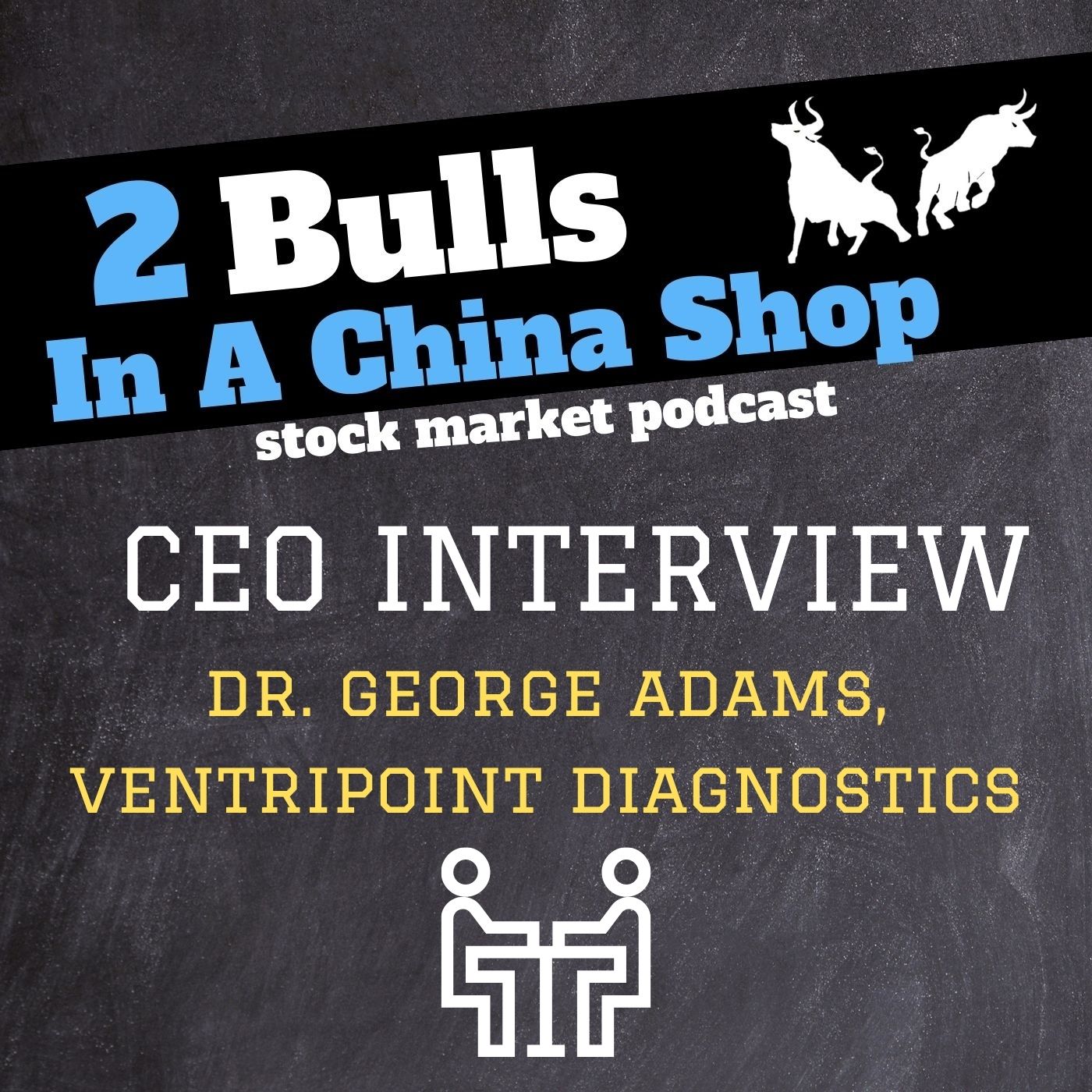 This week in the China Shop, we are joined by Dr. George Adams, CEO of Ventripoint Diagnostics (TSX: VPT, OTC: VPTDF) . Listen along as we learn more about VMS+ as Dr. Adams thoroughly explains how the heart imaging software works and why it is leading the competition. We also dive into Dr. Adams’ past experiences and philosophy’s as well as asking him questions summited to us via stocktwits. Unfortunately, we were unable to get through all the topics we hoped to discuss, but that just means we’ll have to schedule a part II!

Dr. Adams is a scientist, a serial entrepreneur and a financier. His previous position was CEO of Amorfix Life Sciences (TSX:AMF) from 2005-2010. He was Chairman of Sernova Corp (TSXV:SVA) and President and CEO of the UT Innovations Foundation from 1999 until 2004. Prior to this, he held research and executive positions with Boston Scientific Inc, Pfizer Inc, Corvita Canada Inc., University of Ottawa and Canadian Red Cross, Blood Transfusion Service. He has been instrumental in founding over 30 companies who have raised $100 million and has been a Director of 10 venture capital funds and 10 start-up companies. Dr. Adams was awarded a World Economic Foundation Technology Pioneer for 2007 and TBI Company of the year in 2009. Dr Adams has 124 scientific publications and is a reviewer for major scientific journals, federal granting agencies and Centres of Excellence.

Sammie Ellard-King: Founder of Up the Gains