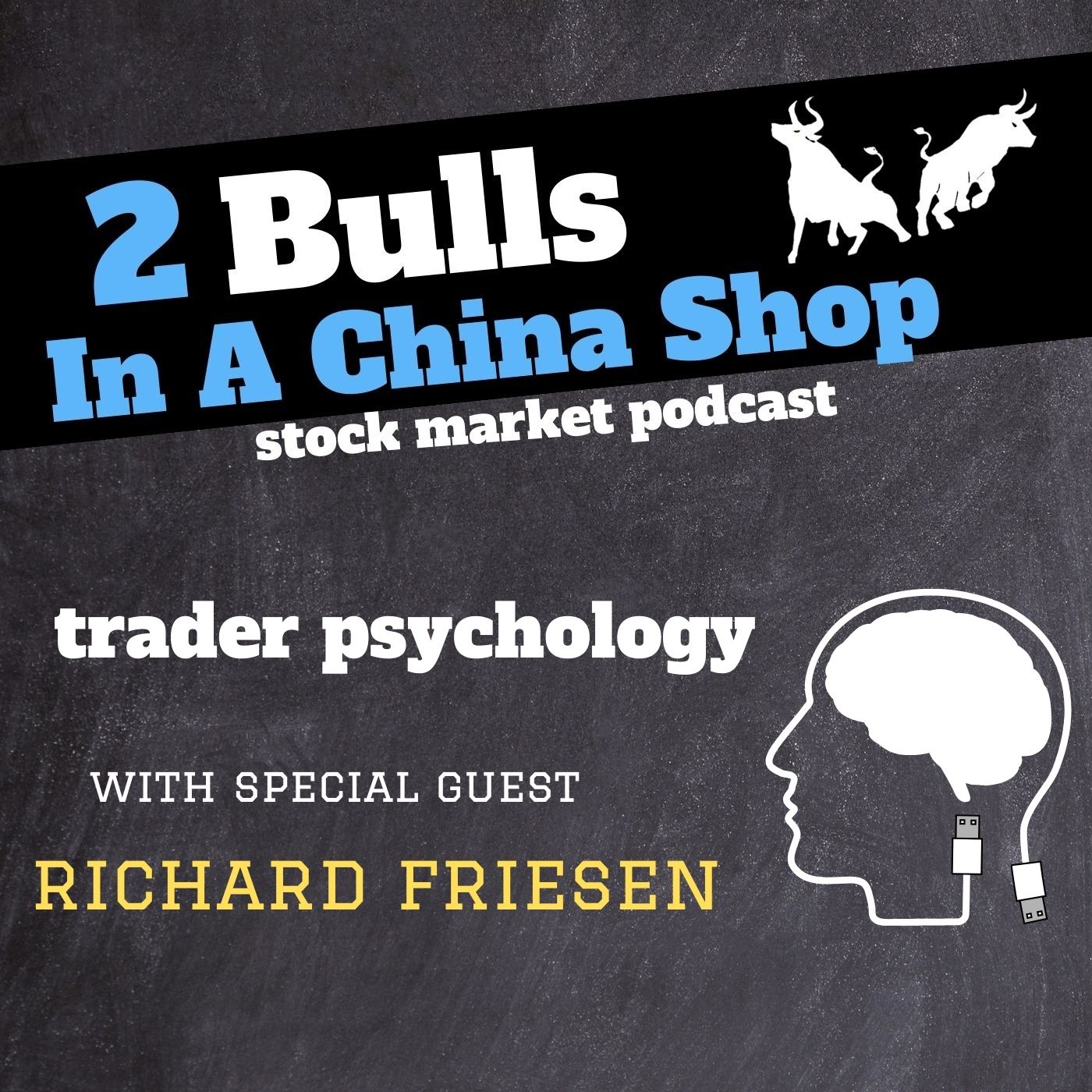 China Shop favorite Richard Friesen returns to talk to the guys about their progress. Dan and Kyle share their shop rules and Richard elaborates on the psychology behind our common mistakes. Our guest shares some of the methodology of his Mind Muscles system and how it can help our trading behaviors as well as sharing more details about his upcoming book. Richard also goes into detail on the importance of implied volatility when trading options. After regretting a quick peek into Dan’s mind, we wrap things up, we quiz our guest on his hand signal knowledge!

Who is Richard Friesen?

Richard Friesen works with professionals and business leaders who want to increase their personal effectiveness with joy and grace. His neuroscience based Mind Muscles™ model gives his clients the opportunity to reach their goals with online training, simulations, interactive exercises, group support and real time decision processes.
Richard has been a futures broker for Merrill Lynch, a floor trader on the CME, CBOT and the options floor of the Pacific Exchange where he built and sold a successful options trading firm where he served on the Exchange’s board of directors. He also founded and built a financial software company and is the inventor of ten significant trading interface patents. This combined with his Master’s Degree in Clinical Psychology, Neurolinguistic Programing Master’s certification and neuroscience focus, brings a unique framework to business, investing and career success. His current passion is completing his forthcoming book “Conversations with Money.” This book observes the main character “Joe” who deals with all the conflicts, self-sabotage and belief systems around money and wealth.

Eric Mason: Return of the Economist